The Story of “Infinity”…

The story of ‘Infinity’ took 8 Years & 3 Continents to make happen.

The journey to my first ever music release has been anything but straightforward. Let’s start from the beginning, shall we?

I’ve been a member of I Heart Songwriting Club since January 2017, and when I first joined, my goal was to simply improve my songwriting and connect with my local community. I never thought that joining the club in early 2017 would also play an active role in my very first collaboration, one which has been in the making for 8 years, and bridged the gap between 3 continents in the process.

Planting the Seed – 8 Years Ago

8 years ago, I was a University student living, working and studying Business in Toronto, Canada. At the same time, I was writing songs in my bedroom more or less as a hobby. I secretly wished to write music for a living but had convinced myself that studying business was a much better idea. (FYI: I don’t regret this decision).

At the time, I was very immersed in the underground electronic scene in Toronto, which is how I met Rish aka Crimsen. We instantly bonded over our love of electronic music and our music-related dreams. He was working for an IT company and had a dream of becoming an electronic producer and DJ. This was where our friendship began, one that would endure many years and vast geographical distance.

Although over the years we lost touch, we were connected on social media and continued following each other’s journeys.

Moving to Australia & Taking A Break From Music – 4 Years Ago

In late 2014 my life took a drastic shift when I made the decision to move to Australia with my now-husband. I had just graduated from University, had spent 4 months living and working in Europe and was living life day by day.

When I moved to Brisbane, I was in for a bit of a shock. I had trouble finding work. I didn’t know anyone except for my husband (who was only a boyfriend at the time, talk about putting pressure on a relationship!) and had to figure out what the heck I was doing with my life.

In summary, I gave music a break while I was figuring it all out.

After 2 years of focusing on establishing my life in Australia, the itch to return to writing music started to resurface. Around the same time, I was introduced to I Heart Songwriting Club – and instantly fell in love. I was put in an online group with other songwriters where we were given a theme each week to write to. I started writing songs every week to the given themes, performing at house concerts, and connecting with local musicians. Then, I picked up the guitar, bought a keyboard off gumtree, and started practising at home once again.

While I was galavanting around Australia and writing songs, Crimsen was working on his craft. He had started DJing at prominent clubs and releasing a lot of his own music. I could see how much his craft had improved, and quite frankly, I was impressed!

One day, around May 2018, I messaged him on Instagram, suggesting if he needed vocals on any of his dance tracks, I’d love to give it a go. By that time I had written quite a number of songs through IHSC and felt more confident as a vocalist and songwriter.

He messaged me back almost instantly, saying he had a deep house track to send me. He explained the sentiment behind the song was about expansion, growth, overcoming obstacles, and finding inner freedom. Then, he wanted me to write something lyrically and melodically to the instrumental that fits in with this feeling.

Rather synchronistically, I Heart Songwriting Club’s theme for that particular week was “Infinity”.

As soon as I saw the theme, I knew it was just perfect. I knew this collab was going to be titled “Infinity”, and I knew Crimsen was going to love it.

I recorded the vocals in my closet using nothing more than a laptop, audiobox and condenser mic and sent them to Crimsen. He spent the next while mixing the vocals and track at his home studio in Toronto.

Around October 2018, after a few months of not hearing anything, I finally heard from Crimsen again. He said “Infinity” was ready, and he had his eyes on an independent Greek label, “Maniana Records”, to release it through. So started the process of working with the label; Crimsen being in Canada, Maniana being in Greece, myself in Australia.

Two remixes were added, the release date was set, and the Infinity EP was born.

The lesson? I think the sentiment of the song summarises the lesson perfectly. Both Crimsen and I were on the same page with what we wanted to communicate, which is this:

Anything is possible when you believe it’s possible.

You will hit roadblocks. Your dreams may get delayed (8 years, 10 years, maybe even 20 years or more…) but you have to keep going. Your soul requires it of you. You have to believe that you can overcome any obstacle, climb any mountain, cross any insurmountable odd.

Because on the other end of that is infinity. The opportunities really are endless.

I think as artists and musicians, we’re so used to seeing things “inside the box”. Traditionally, the music industry has specific “methods” of doing things, but in today’s modern age, none of that is relevant anymore.

There are so many ways to write, record and release music. You don’t even have to be on the same continent to collaborate and create something that has meaning to you. Just take I Heart Songwriting Club as an example. In one group, you can be connecting with songwriters from all over the world.

Music truly is a universal language, and I think the creation of “Infinity” really demonstrates that.

We hope you enjoy “Infinity” as much as we enjoyed creating it. 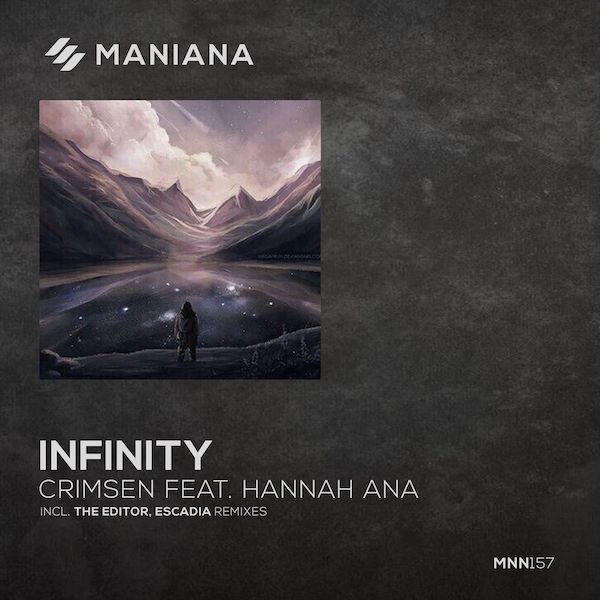