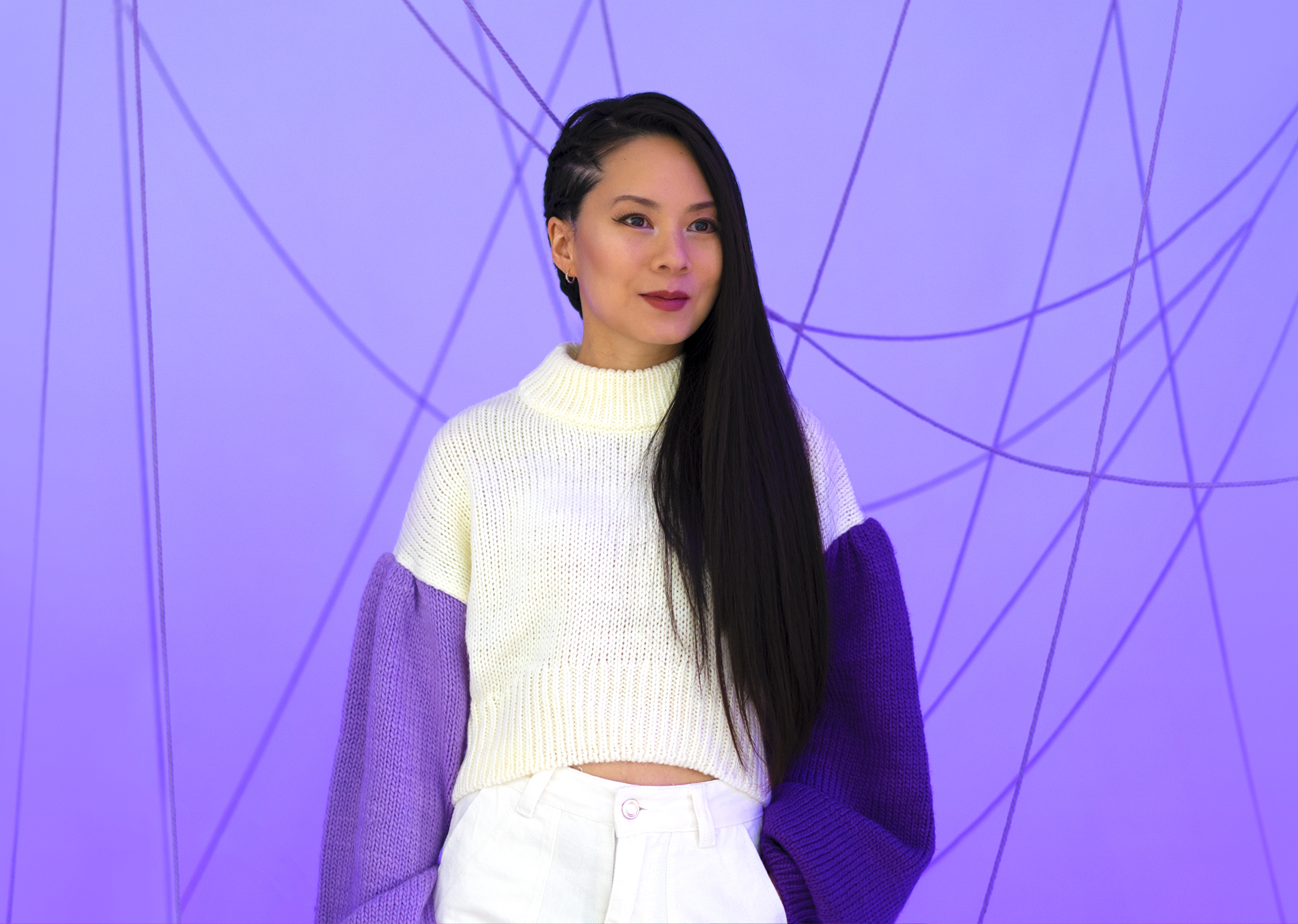 I kept my passion for music a complete secret for 27 years.

Although I took piano lessons as a child and obsessively watched Spice Girls music videos repeatedly. I thought it was too crazy of a dream to pursue any further, so I decided to follow my other love – art and design.

I achieved my goal of working in automotive design, creating new paint colours for vehicles. However, a few years into the 9-5 lifestyle, I felt like something was missing from my life. Perhaps it was a quarter-life crisis, or maybe it was just the right time; I decided to not live in regret and give music a go.

So, I left my job, became a freelancer and started exploring the world of music. I had no idea which area of music-making I liked, so I tried out production, a bit of sound design for games, and composing, but it wasn’t until I started taking songwriting lessons that I found my voice. After that, I expressed myself in such a visceral way.

I wrote around 13 songs over two years with many unfinished ideas. I was amazed that I could write songs, but I always questioned whether my songs were any “good”, and I was hungry to improve as fast as possible but didn’t know-how. Then poof! I Heart Songwriting Club appeared on my Facebook feed.

How my songwriting came alive

I joined the Club in April 2020, and it was just what the doctor ordered – not only for my songwriting but for keeping me creatively fulfilled through the endless lockdowns in Melbourne. I was instantly welcomed into a community of like-minded creatives. And although I felt nervous at first, it’s such a safe and encouraging space to share my songwriting. Reading what people liked about my songs grew my confidence, and their feedback has been so helpful in knowing how to improve them. Listening to other members’ songs and their process is super insightful too. As a result, I wrote consistently every week, finishing pieces and feeling my most creative as a songwriter.

Before I knew it, I had written 60 songs in 60 consecutive weeks – something I couldn’t have imagined being able to do. But best of all, songwriting has become a healing practice for me, helping me work through thoughts that weigh on my mind and feel the joy of creating art.

By the end of 2020, I wanted to take my music to the next level, but I was a complete newbie to the music industry. The internet can be an overwhelming source of information steering in all directions. I needed guidance! I talked with Francesca about the club’s mentorship program called Level Up Club and felt ready to take this step.

Becoming an artist was the natural next step

And what a journey of growth it’s been! Since joining, I’ve been able to gain more clarity on who I am as an artist and what kind of direction I’d like to take my music. I’m still a work in progress, but Level Up Club has helped me build a great compass! This involved much groundwork, discovering what my values are and what my purpose is. Writing my bio was a powerful exercise, as I had to ask myself, “who am I”?

The mentors have been a wealth of insight, wisdom and encouragement. I particularly enjoy the group mentoring sessions and listening to other mentees’ questions. Since everyone is on different journeys and at different stages, I’m learning from their experiences too.

Growing up as a “creative”, I never saw myself as “business-minded”. But Level Up Club has helped me expand my mindset and strengthen the courage needed to forge my path – independently and sustainably. I’ve felt empowered to be my boss, and as a result, I’ve been able to release my first single under my artist name, Minhy [Mi-nee].

The creating and making of ‘Dead Of The Night’

Storytelling is at the heart of my creative process. In my downtime, I like to watch movies and the behind-the-scenes and analysis videos on Youtube, as I am always so inspired by the creation process. For my debut single, ‘Dead Of The Night’, I wanted to show how it feels to be a creative night owl – the struggles and triumphs of creating art.

Prompted by the I Heart Songwriting Club theme ‘First Light’, I reminisced on my uni days, when I’d often stay up all night completing design assignments. So when the birds started chirping at first light, it was my cue to creep into bed, feeling drained yet gratified. That’s when I realised: my muse is a vampire! So, I journaled on this idea, then sat down at the piano and out came these vampire lyrics.

I treated it like a design project when I worked with a music producer. I created a brief and visualised the song’s narrative – from fearing the blank canvas to surrendering to the muse and finally ascending into a creative flow state.

For the music video, I drew upon multiple layers of meaning. After a brainstorming session with my friends, the muse blessed me with an idea to create a zoetrope: a pre-film device that produces the illusion of motion. I was thoroughly excited; I knew this would be a great way to tell the song’s story. So I designed a zoetrope that features various creatives who appear as statues that come to life.

The zoetrope design represents the evolution of art – from capturing the human form in ancient statues to now bringing them to life through animation. The marble finish means the creator’s journey, not only carving out their art but also their path through life and referencing the Muses’ Ancient Greek mythological origins. When I storyboarded the music video, the camera angles were to represent the Muses’ perspectives. I’m so grateful for my animation and VFX friends who helped me execute this music video! 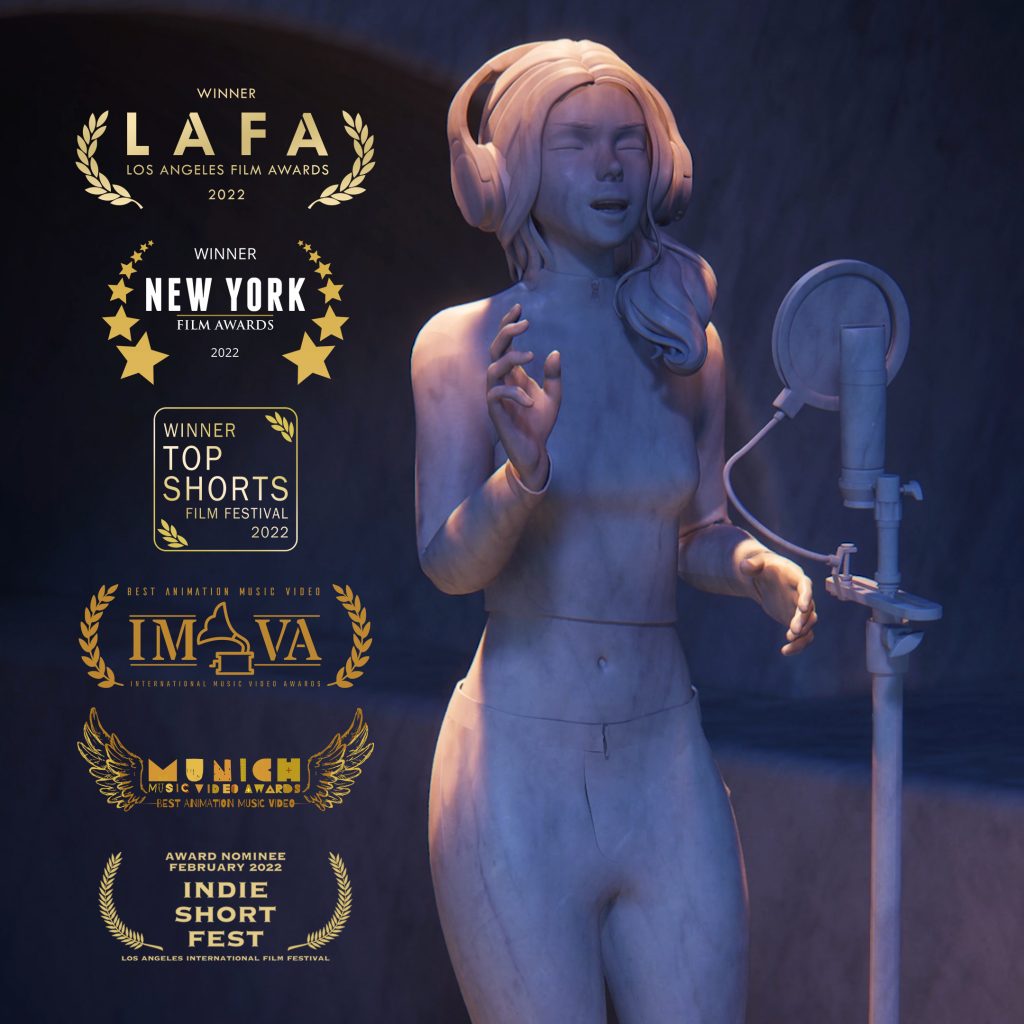 What this release has done for my musical career

My second single, ‘Entangled,’ comes out on May 20. Written to the Club theme of “entanglement”, I’d love for you to take a listen.

I’m excited to keep learning, growing and discovering more about myself and the world around us. My purpose is to live fully and honestly, and in doing so, I hope to inspire others to do the same!

Check out Level Up Club to take your songs to the next level.

Seeking Inspiring and Authentic Ways to Meet Your Songwriting Potential?

Seeking Inspiring and Authentic Ways to Meet Your Songwriting Potential? Based on the Podcast Episode: "Learning about yourself through songwriting with Sam Buckingham" - Episode 12, The Magic of Songwriting with Francesca de Valence

10 Tips to Alleviate Songwriting Boredom Based on the content of Episode 11, The Magic of Songwriting with Francesca de Valence Feel bored and stagnant in your songwriting? Discover 10