In this Artist Feature blog for “Hiatus,” the long-time member reveals some heartfelt song insights from her new album, born out of travelling, motherhood and more.

Our Lady of the Highway

I am always quite loose with the guidelines of the I Heart Songwriting Club. My theory is that as long as I write something, that’s great! I find the weekly deadline makes me rework songs that I hadn’t finished or wasn’t happy with, as well as keep my mind open and looking for stimulus and stories to tell.

This week’s stimulus was to write a song as a gift for someone. In this case, it is for someone who will never hear it.

I started writing ‘Our Lady of the Highway’ during an extended trip to Italy. I was struck by the public nature of highway prostitution in an overtly Catholic country.

We stayed in a picturesque hill town surrounded by gnarly olive groves and sunflower fields. Every time we got on the highway, there she was, leaning against a rusty caravan, waving unenthusiastically at our car. I wanted to know who she was. What her hopes and dreams were. How she got there. If she had a choice.

I always liked the concept but had gotten stuck and frustrated with the version I was writing.

The writing challenge unlocked something.

So, this is a song for her, that woman by the caravan. But it is also about my response to what I was seeing. ‘Our Lady of the Highway’ ended up being two stories: Hers, where she is trapped in this world but determined not to let it define her. And mine: we accept what we drive past. We shouldn’t.

True to form, I stretched the guidelines for this writing task. It began as a song called ‘Another day’ and was the product of two weeks worth of writing challenges. The themes for the weeks were ‘water’ and ‘endings’.

It was over Christmas, a time I always spend on the coast, and we had just lost a beloved family member to cancer.

Murray was a big-hearted larrikin who loved his family, the beach and a beer with his wife and mates at the local. They were married on the beach, and he always knew the tides. So there was the water, the pull of the tides.

That Christmas day, Barbara (the love of his life) told me about the moment when she, alone in their home, closed his eyes for the last time. It broke my heart. It still breaks my heart, but Barbara is determined to keep living and honouring his memory.

The chorus initially ended with the line “, and I’ll live another day”, but it wasn’t strong enough. It didn’t have a deeper layer that developed as you heard the story. It took weeks for me to figure out that what I thought was the chorus was a pre-chorus and that I had to write a bigger, punchier chorus.

An extra challenge was to use present tense in your lyrics.

I liked the power that had, especially when also speaking directly to someone. I also enjoyed the trickery of speaking to someone like they are still here. It adds a gut punch to the third verse when you find out they have passed away, but it is also the way I would speak to someone I love after they are gone.

The story is ongoing because you don’t stop loving someone when they are gone. It might feel different, but it is forever.

Mostly, what I get from a one-hour songwriting challenge is a kickstart or a consolidation of an old idea. But now and then, there is that wonderful moment when you sit down and write a whole song (that you like) in one hour.

‘Little Eyelashes’ is one of those one-hour wonders.

This one I wrote as part of the I Heart Songwriting club when it was just an email group! It feels like so long ago!

The challenge for the week was to write a lullaby, so I wrote this for my then 1-year-old, Banjo.

What would I say if I could distil everything I want you to know in your life into a three-minute song? What advice would I want to leave him when I’m gone?

That’s a lot of pressure to put on a song! It only scratches the surface, but thankfully, it’s his favourite song on the album. 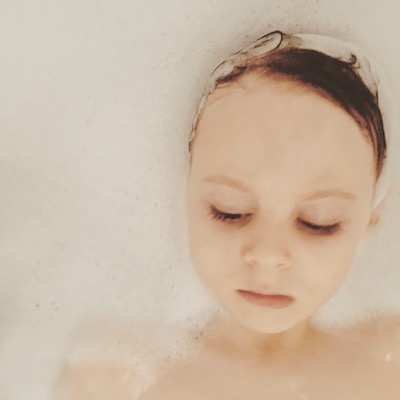 This is Not Free

The theme for this challenge was “language” and the importance of words.

I often get into conversations with people after gigs telling me that all music should be free. This song reflects one such conversation after I spent $15k of my money recording and releasing the music this person had come to listen to (for free).

The arts are not free. Even if you don’t pay for it, someone did, usually the creator. Being a creative person takes so much time, training, practice, administration(!), upskilling and energy. Why doesn’t our society value that?

The (former) federal Department of Communications and the Arts’ statistics showed in September 2019 that Australia’s creative and cultural activity contributed more than $111 billion to the economy and employed around 600,000 people.

Now, the live performance sector is in free-fall. Museums and art galleries all over the world are closed. TV and film productions have shut down. But people still make art because people need art. Art gives the world around us meaning; it explains situations in ways that connect beyond surface level. Art makes us feel. How valuable is that?!

I hope after covid lockdown, we have a better appreciation of the value of the arts to the economy and life. But that we are also willing to help fund and support creatives and that we stop asking people to perform for “exposure” when everyone else is getting paid.

There was an extra challenge to use 20 words in the whole song. I got it down to 28 unique terms. That’s not cheating; it’s just creatively bending the rules, right? 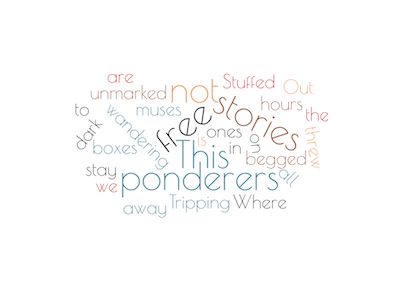 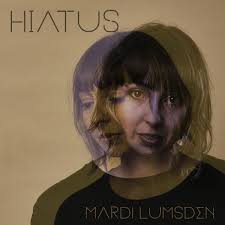