It’s October 26th, 2021; in my inbox is an email from multi-award-winning Australia Country music star Gina Jeffreys, subject line “Hey Tamika…” with an attachment of a voice memo recording of the song we had co-written the day before – I pinch myself!

Let’s rewind to early 2019. I had written 20 songs over ten years, and I wanted more; I just didn’t know-how. So, I asked Google and found the I Heart Songwriting Club. It sounded like something I wanted to be part of, but fear and self-doubt kept me from joining. I didn’t think I was good enough to be part of a songwriting group, and the thought of submitting a recording of me singing my song was terrifying!

I had been a member of an online, US-based songwriting group though I’d never dared to attend a feedback class, nor did I write enough to have something to submit. So, I finally found the courage, and my class was with the amazing Alan Roy Scott. He gave such encouraging feedback that he got me thinking that maybe, just maybe, I could write songs.

Two weeks later, I joined IHSC. My first song in the club was written and submitted on October 27th 2019, to the Theme of ‘Return to the Future.’ Since then, I’ve written 97 songs in 104 weeks.

The path to finding a new song

My songwriting started as an emotional outlet during a rough time. I discovered something that I truly enjoyed, and it allowed me to express myself in a way that gave sound to my voice and words to emotions that were otherwise difficult to express.

Music was always a part of my life. Piano lessons, school band/choir, church band. The extent of my knowledge in songwriting came from what I’d learnt at school and from listening to music. My songwriting was very organic. I’d play the piano, words would come to mind, and I’d write those down. Sometimes I’d write a song, other times half a song, or just a couple of lines.

My first week of IHSC was the first time I had ever attempted to write to a Theme and not from my emotions or inspiration. Yet, I can still recall the gamut of emotions in that hour (or two) of writing my first IHSC new song. From “woo-hoo, let’s do this” to panic, mind blank, frustration, hesitation, resistance and finally, relief – a new song was written!

To say I was anxious would be an understatement. I didn’t like my voice, couldn’t stay on pitch, and my timing was all over the shop. I had submitted an a capella recording as my instrumental skills weren’t great but the incredible sense of achievement once I pressed “submit” – wow! There it was; I had written a new song, not quite in the IHSC one hour, BUT I had written a song and given it to strangers to listen to! Talk about out of my comfort zone.

The outcome and my new learnings

I soon realised my anxiety was unnecessary. People were encouraging, telling me what they liked about the song, how it made them feel, and lyrical and melodic suggestions. My confidence grew with each submission and as we all got to know each other. Feedback became more in-depth with specific suggestions for lyrics, melody, chords and production.

I joined the IHSC Beginners Songwriting Course four months in and was assigned Sam Buckingham as my mentor. The intimacy of the group and having a pro songwriter’s support and feedback each week was amazing. I received so much out of it that I chose to do it again with Helen Shanahan as my mentor and some extra challenges to help me explore and stretch myself as a songwriter.

Since joining IHSC, I have discovered that there is this huge wide world for songwriters! I know that may sound ridiculous, but I was totally oblivious.

In the last two years, I have:

I accepted an offer of meeting with Francesca not long after I joined IHSC to talk about “what was next” and map out a songwriting pathway. In one of our chats, Francesca asked me what one thing that I’d really like to do is? My answer; co-write. How do people do this? How do you get someone to co-write with you? I was at a loss as to how to make this happen. 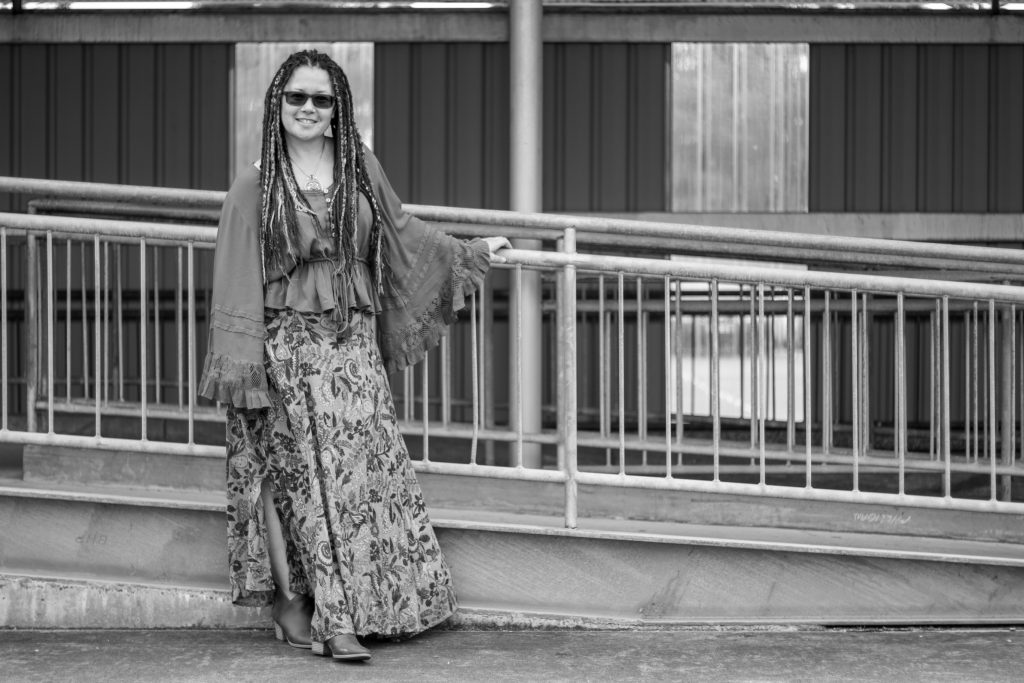 Fast forward to today, and in the last two months, I have collaborated with five co-writers and participated in two online co-writing workshops with IHSC to write a song in two hours with three strangers, who are now part of my songwriting community!

Being part of such a supportive Club has really opened doors for me. IHSC promotes freedom in creativity, encourages growth, develops confidence, presents innovative techniques for skill development and demonstrates the value of curiosity – it doesn’t always have to kill the cat. Still, it will always help you write a new song!

Two years ago, I had written 20 songs. Now, I’ve written more than 110 songs, have regular co-writing partners and have the amazing Gina Jeffreys as my songwriting mentor. Thank you, IHSC and Francesca; none of this would be possible without you. X

If Tamika’s amazing story has inspired you to find out more, you can do that here:

The journey to finding a new song (or many new songs) is different for every songwriter. Would you like an experience similar to the one Tamika Collins explained above with IHSC? Find out more about joining our creative community today!