How Writing Songs Every Week Helped Me Let Go

In the past, I would only write when the inspiration came, if a song was falling out of me if a tune or some lyrics came to me. And if it was too hard to finish, I wouldn’t finish it.

Four out of the twelve songs from my upcoming album “Let Go” were written as part of I Heart Songwriting Club.

I joined I Heart Songwriting Club in March 2018 after club founder Francesca noticed, through my online posts, that I was going through a tough period living in London. Not just in writing songs but also in my life. She encouraged me to join as she had created the club to help herself and hundreds of other songwriters get through tough times and be doing what they really wanted – to write songs. So I joined.

I had never been in a club before, ever. So this was really new and I felt responsible to listen to my other group members’ songs and giving them feedback. I felt like I had homework every week and these fellow songwriters were keeping me accountable. Just knowing I could submit something unfinished, unpolished and written in less than an hour, meaning that I had a timeframe and goal all in one, made me just sit down quickly and bust something out. But some of those ‘I’ll-just-bust-something-out-to-get-it-done’ songs ended up on my latest album!

In the past, I would only write when the inspiration came, if a song was falling out of me if a tune or some lyrics came to me. And if it was too hard to finish, I wouldn’t finish it.

So I had a lot of songs that were unfinished.

I guess you can go a long time without inspiration, which means, no new songs which, in turn, leads to a lack of practice and lack of confidence.

In the past, I would never sit down for a session of songwriting. But, with all the practice of writing songs this past year and sitting down to a songwriting session every week, I’ve learned a thing or two about how discipline and how a guideline can be your best friend.

The beauty of the club is that there is no pressure to be precise. It’s just to get you thinking outside the box and help you to not over-criticise yourself. The feedback you get from the other group members can sometimes be exactly what you needed for the song. It’s very cool. It’s also amazing how different everyone’s songs are each week and how we all have such different interpretations of the weekly challenges!

The thrill after releasing the first single off the album “Be My Lover” was amazing.

It’s such a good feeling to release something after 6 years of releasing nothing! I want to do that more often, I want to share my music more often. I now have SO many FINISHED songs, so I can do just that and I cannot wait!

Check out the songs that I wrote in just one hour as part of I Heart Songwriting Club that are featured on my brand new album, “Let Go”.

If you could yell into the void, what you would say? This was the theme to write about. Now, this could have sparked so many topics, but for me, it’s actually about how a relationship ended and the thought if I would ever find anyone like that again.

The guideline for the challenge this week was to repeat a name in your lyrics. This theme came at the perfect time for me.

We had to write a bedtime story with an element of whispering. Well, this isn’t really a bedtime story and I forgot to put the whispering in it, but it came out as this lovely, positive, uplifting lullaby, which I was already sending to my friends who couldn’t sleep. My sister’s kids ask to listen to it at night.

We were asked to write a tango. So this was my idea of a tango. Apparently, it’s actually a Habanera. But you can still dance tango to it if you want… it works!

Listen to my album here 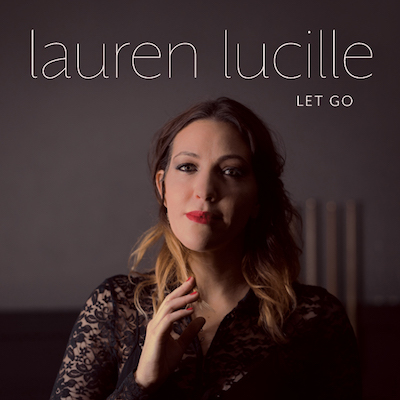 And come to my album launch in Brisbane on April 20. Details are here